The Unbelievable separation of PSquare!

Peter Okoye said the apology he tendered on Friday for his earlier Twitter breakup outburst was only for his fans not for his brother. 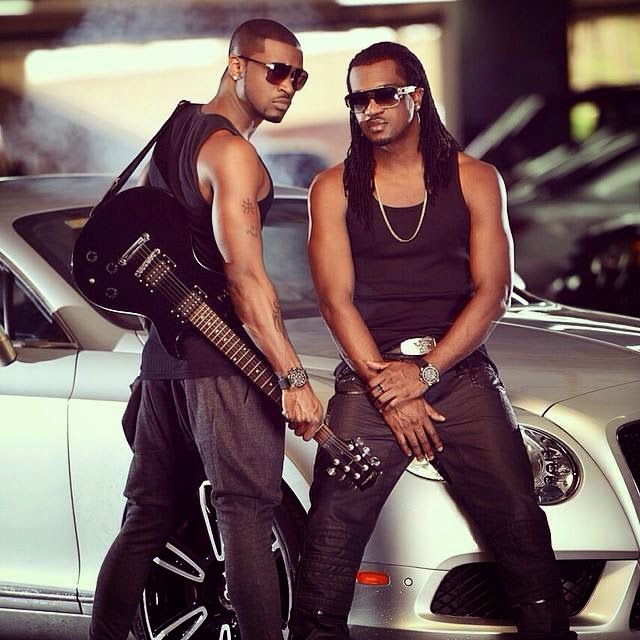 Barely 24 hours after lashing out at his elder brother, Jude who is also the manager of the singing twins, PSquare, Peter had apologized for his Twitter breakup outburst and decision to fire his brother Jude as the group’s manager. 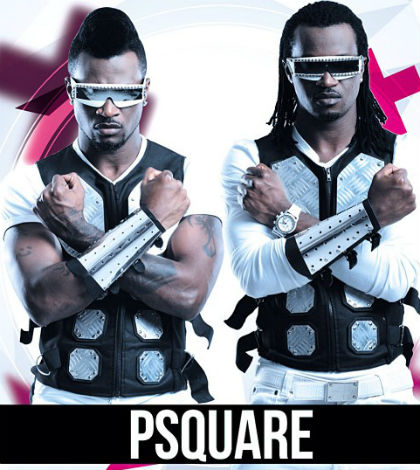 “I am not perfect, I make mistakes, and it hurts people. But when I say sorry I mean it. I am so SORRY for my actions. I sincerely apologize,” he had twitted on Friday.
In a series of tweets from late Tuesday through Wednesday, the music star had criticized PSquare’s management for lacking the structure to manage the group. He had also insisted that the group had no contract with his brother, Jude, who is the Chief Executive Officer of Northside Entertainment, warning people against doing any PSquare-related business with the firm.Despite the plea of fans that the family feud which led to the outburst should be resolved internally, Peter refused to back down, instead coming up with further allegations against Jude.He also gave the impression that he was fighting for his twin brother and other half of PSquare, Paul, who was silent about the outburst.Peter added that but for Paul, he would have fired Jude since 2013.Among several allegations, Peter had accused Jude of frustrating his effort to sign Cynthia Morgan to PClassic Records, a label he set up three years ago; only for Jude to sign Morgan.
NOTHING LIKE PSQUARE ANYMORE! Is either P-Classic Group which is Peter's record or Rudeboy Records which Paul. 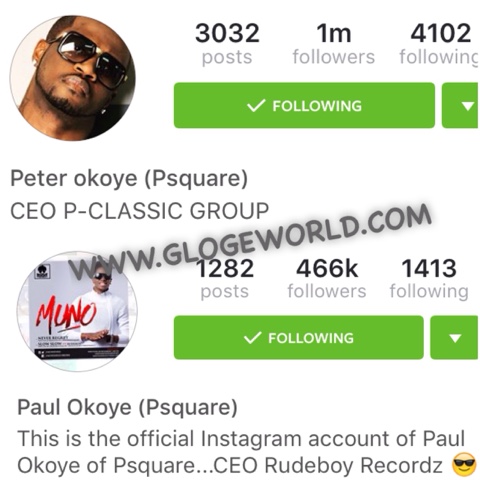 Paul posted on the Instagram "Pls go to my bio and listen to my new artiste @munosingsbrand new 2 singles and tell me which is your favorite 😎😎👍and for those people asking why not square records and bla bla bla ... Lol😝 so if to say we marry one wife some of una go happy😂 or marry ejima(twin sisters) lmao😂 Haba!! So we have to continue doing stuffs together till we kpai!(die) ....meaning: wearing same outfit, shit together😝, pranking(f**king)one woman together😂 etc 😂😂😂 I don die(dead)🔫 pls go and enjoy real music#rudeboyrecordz ....we don't do music on social media, we do real music in da studio 😜🎼pls feel free to repost👍😇"
He also posted some of their old pictures together. He said "Its really sad but, there is no harm or regret in taking it slow slow. here are some of the pictures he posted recently.
Some of their fans comment on Instagram: 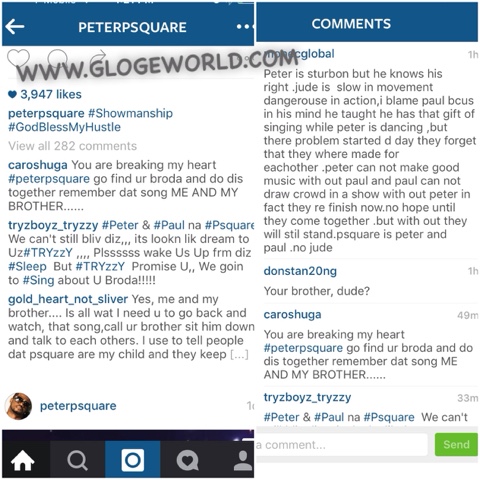 Question is; were they waiting for their Mum to die? Why the breakup?


Thanks for stopping by!
I hope to see you again soon.
Ogewhite X❤️X❤️