Meet Khadija, the girl born without a face. 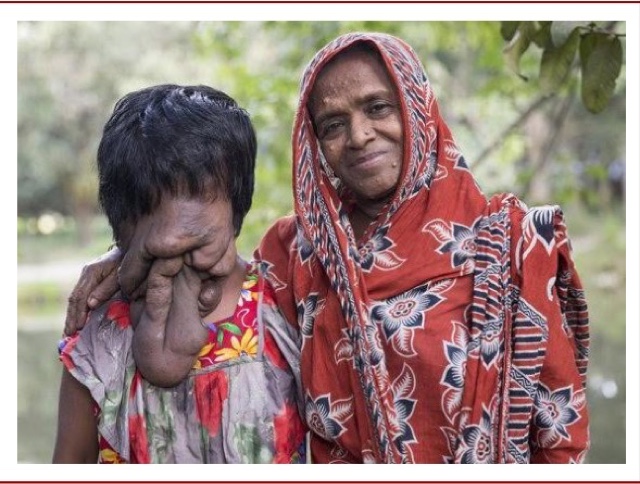 Khadija Khatoon Khadija, 21, from Kolkata, West Bengal, Eastern India, was born without a face and her mouth is a small slit on the left side of her face. When she was born, concerned doctors were baffled by her condition for months. Although it has never been confirmed, they believe she has a form of neurofibromatosis, a rare deformity that causes tumours to grow along nerves. Medics told Khadija and her family there was nothing they could do after extra skin continued to grow out of control. 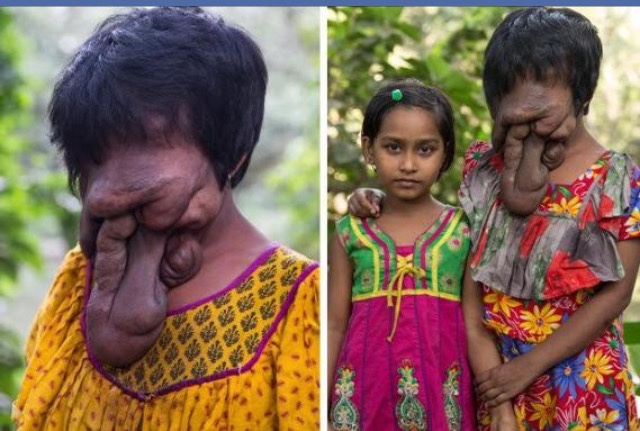 "She was born at home but she didn’t open her eyes. She was born with thick heavy eyelids and she looked different to my other children at birth but we didn’t think anything of it until we realised she couldn’t open her eyes properly." hermother Amina Bibi,50, said. "When we took her to the hospital she was admitted for six months and they did lots of tests but doctors eventually told us there was nothing they could do. Because the doctors told us there was nothing they could do we never went back to them. And as Khadija got older she refused any help. Doctors told us when she was a baby that if she attempted surgery she could die, so we have lived with that fear. 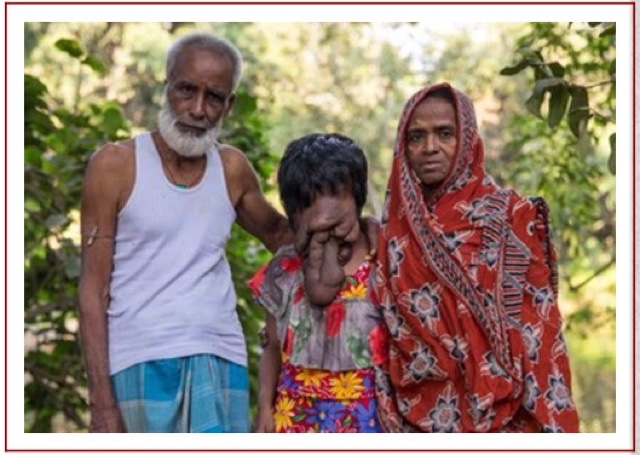 Khadija is much older she has decided herself that she doesn’t want to have surgery. She doesn’t want to risk her life. Khadija said:
"I'm made this way and I accept it graciously. I do what I can. If this is how I’m meant to be then I live with it. It’s not a matter of coping, I just live as I am"
She continued: "I don’t have any real friends but I have my family. My family is my only friend and I love them dearly. My parents are my world. I don’t talk to strangers. This is who I am and this is the life I live and I fill my days sitting and thinking, talking to my mother about life and going for walks near my home. I like drinking tea. I am happy in this life"
"If only the government would see my position and help me, I would like that"
Dr Anirban Deep Banerjee, a neurosurgeon from Apollo Hospital, Kolkata, said:
"I believe she is suffering from Neurofibromatosis but to confirm we would need to do a gene test. There's a possibility she has a tumour inside her face which could be fatal. Right now there is no way of knowing if she has tumour inside the extra skin and if left they could kill her."
"If she's willing we would need to do a lot of tests to determine how successful surgery would be."
Source: Daily Star
Thanks for stopping by!
I hope to see you again soon.
Ogewhite X❤️X❤️